During my more gloomy moments I sometimes wonder if anyone actually listens to my lyrics, and whether the enormous amount of work I put into them may in fact go unheeded. — Nick Cave

In my experience working with bands, lyrics seem to stand out by exception—issues with word choice, phrasing or similar—and not because I’ve been very good at the craft. The music fans I know tend to intuit “good” lyrics. A diverse audience may debate the subjective elements that make certain words set to music particularly noteworthy but originality, nuance and insight are generally helpful criteria.

Equally, we know what we don’t like: obviousness, didacticism, grammatical errors or similar. The challenge, it seems, is to craft a poetic statement that is complimentary to the composition and objectively interesting of its own accord. These two interdependent aspirations are, at times, in conflict and trade-offs need to be made to serve the song.

Often, that’s not the same thing as satisfying the contributing writer’s preferences.

My conversion rate of notebook entries to recorded lyrics is low. This isn’t a quantitative metric I worry about as my hypothesis is that a high volume of content is required for modest editorial output. So, it’s qualitative. I have, however, experimented with techniques to enhance throughput. This has been about finding pathways to inspiration as much as honing the discipline writing.

I’ve agonised over the pursuit of something with real value. When it comes to your words and the sound of them from your own voice, the scrutiny—real or imagined—is excruciating. How humbling, validating and perhaps unsettling it is then to read this insight from one of the masters:

I don’t know why, but there’s a certain element of panic in writing lyrics that I’m not sure I enjoy. — Mike Patton

I wanted to share what works for me at this time in case it’s 1) useful to other artists or 2) interesting in the context of our other experiments with Domes.

How do you be vulnerable but not indulgent? How do you broach the conceptual without inauthenticity? There are just some subjects, treatments and voices that few can navigate in ways that move us. It’s easy to come across as poser.

Naturally, you aspire to do good work, so you shoot for the lofty mantle reserved for your heroes. I’ve had to remind myself that those artists earnt that capability through their bold experimentation, credible research and disciplined approach over many years. Also, it’s easy to overlay additional meaning and context upon our favourite musicians’ works. That’s something that cannot be expected of your immediate audience as a new band. People, if they are listening and reading, are going to have to go on the journey with you—and you’ll have to prove that your work is worthy of more than a casual investment.

On reflection, the first instinct I had was the most contrived: to manufacture something provocative or profound. With this mindset, I failed convincingly to create anything of value. So, I sought meaning through meaninglessness.

I don’t like to make it too obvious, because if it is too obvious, it gets really stale. You shouldn’t be in people’s faces 100% all the time. We don’t mean to be really cryptic or mysterious, but I just think that lyrics that are different and weird and spacey paint a nice picture. It’s just the way I like art.  — Kurt Cobain

For me, it was about finding an approach that was creatively rigorous but detached from the result, rather than designing for an expected outcome. The products of these experiments have been far more interesting than what I could have conceived in a linear process. This abstract proposition was exemplified by David Bowie’s evolution of approach. As Ben Greenman observes:

At some point, he began to look more rigorously into the idea of meaninglessness, and to write songs that were willful participants in their own fragmentation… his songs should be about nothing, which in turn allows them to be about everything.

The cut-up technique and "Verbasizer" will be familiar tools to followers of Bowie.  My experience with similar creative devices has been that you have to iterate on your own methodology. Without being prescriptive, you need to run a few test and adjust the variables in your system as the emergent quality of the output becomes apparent.

Constraints inspire creativity. A sense of freedom within the framework allows for individual expression in a productive mechanism. Iterating around the outside of the cut-up example, I struck upon a design system that was enormously helpful to me.

In sharing this, I hope you that you arrive at your own process, either by some small insight to add to your toolkit or outright rejection of it all. In any case, if you're curious or just stuck, here's an experiment to try.

So far, this process pushed our writing toward abstraction through which I have found personal meaning that I didn’t expect at the outset. When writers like Patton get that right, it's beautiful: "It is this mystery which is amusing… A record, for me, must remain an adventure." If the above approach seems highly involved, it is initially. But like most productivity techniques, if you invest the time in the practice, the efficiencies are cumulative. It's a powerful thing to let ideas, vignettes and adjectives pass through your subconscious in this way—and before you know it, you're telling a story that's innate but never obvious.

So, here’s our latest example

If you haven't contributed already and are able to, you may like to consider amplifying your donation through music. 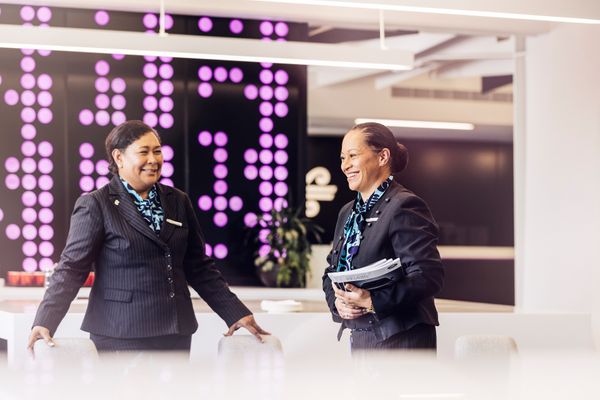