Reflecting on the one-year milestone of our new creative project, I'm re-sharing this post which was originally published on Medium.

Over a beer with a good friend at exactly the right moment, I suggested that if I were to create a new band, I would approach it like a startup building a product. We would go for big, bold ideas; execute them quickly, worrying about editing later; just iterating interesting work in a more collaborative way.

I was inspired by design thinking, agility and Agile with a capital A. The band experiences I’ve valued most are studio time and traveling with friends. Now, the most essential thing for me is being creatively productive. I wanted a new discipline to enable that.

The danger of setting up a band to deliver an artistic project is that even a professional group can easily mismanage the time, focus and energy needed for songwriting. A typical scenario for rock musicians is:

Of course, you have means of speeding up this process: more frequent rehearsals or dedicated studio space (💰); less time spent rehearsing, possibly to the detriment of your live show; home recording and online collaboration. Generally, though, your creative energy is competing with you work, family and other “life” commitments.

A new project had to be more focused and output faster in order to sustain our interest. It had to compliment our other commitments, not detract from them. I felt that, with the right approach, reconnecting with a creative force would make me a better employee, partner and parent. So far, it has and I perhaps I’ll write about that in future.

The results are encouraging: we’ve produced about 40 songs or ideas in four months with about two hours’ effort per week. And we’ve done it remotely across two countries. Around idea 17, this project’s identity started to emerge. The collaborative approach has made the music so much more interesting than my individual contribution.

It’s tempting to describe in detail the Agile tools and other practices we’ve trialed, abandoned and adopted. However, Jewel Loree’s excellent post, “Getting Your Band’s Shit Together Using Agile Practices,” provides a great entry point for musicians. Instead, I want to underscore that we’re running an experiment with some human-centred principles to create exciting outcomes. Nothing has been more singularly powerful that having a real sense of purpose around this project: why it exists, how we want to experience it and what it will produce.

Unlocking our real potential has been about developing the intent and psychological safety to encourage risk-taking. That requires trust, openness, feedback and, in my case, non-judgement. Previously, I never would have shared early iterations that felt half-baked or somehow inadequate. Such ideas have since led to our most interesting songs. I compare that to my last project. We released nearly every song we wrote (around 30) in three albums over about eight years partly due to the laborious effort of producing just one track. That was just the way I had always done it.

To clarify, not every idea is a full-formed, standalone concept; many are complimentary pieces that could be leveraged to make better compositions. However, the benefit of design thinking and “scrappiness” is the massive gain in creative diversity through vulnerability and iterative output.

We’re experimenting with becoming a writing machine — and it’s working.

So, with that IPA and inspiration, Brendon and I hashed out a manifesto that would guide our new initiative. It simply captured the why, what and how of an endeavour we could get excited about. Feel stuck? See the manifesto. Disagree? See the manifesto. It was our interpretation of the “Make People Awesome” principle.

Here it is, lightly edited but broadly capturing the spirit of our project.

We have one year to prepare four or more songs to record in London with Dave Holmes.

We are drawing a line in the sand between what came before and what comes next. We’ll park any previous demos for now in order to think differently. To that end, we should consider this is a totally new endeavour where all options are available.

How we want to work

Issues from the past that we want to avoid

This is an experiment for us. Rather than wait until a “big bang” release, we want to share the journey in a transparent way with anyone curious about our art or independent music. Here we are, without any published material as yet but an open invitation to see it unfold.

Photo by Jiroe on Unsplash

Testing the hypothesis of agile songwriting 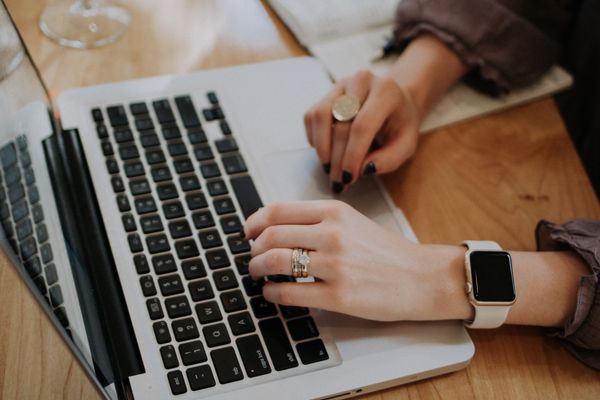 A personal message to my team