This post originally appeared in the Domes newsletter ahead of the release of our single. Learn more about us and our music.

Here it is — our first narrative music video and the final chapter in volume one of Domes’ recordings. Play it loud.

The earliest conviction I had about the project that would become Domes arose from reading articles about intrepid photographers exploring Soviet-era sites. I was struck by the fraught adventure of an anonymous photographer breaking into the Baikonur Cosmodrome—“a mausoleum for the space-age.” You can get a sense of it from this video. Danila Tkachenko’s project “Restricted Areas”—which, incredibly, is showing at Auckland Art Gallery until 18 October—explored "secret cities that cannot be found on maps" alluding to the "perfect technocratic future that never came." This series in particular was the catalyst for Domes’ aesthetic: brutalist infrastructure and heavy machinery out of time in terrible suspension. Tkachenko writes:

Humans are always trying to own ever more than they have - this is the source of technical progress, which was the means to create various commodities, standards, as well as the tools of violence in order to keep the power over others.

Better, higher, stronger - these ideals often express the main ideology of the governments, for these goals they are ready to sacrifice almost everything…

Any progress comes to its end earlier or later, it can happen due to different reasons - nuclear war, economic crisis or natural disaster.. For me it’s interesting to witness what is left after.

“R” germinated from this. My basic knowledge of societal, political and technological histories coalesced in a mythic half-century narrative of the space race, nuclear-era and Cold War. I was particularly captivated by this image of the world’s largest diesel submarine abandoned in the snow.

Travelling 18,000 kilometres on a budget, our constraint and intent was that the songs had to sound like the place in which they were recorded. We were excited to leverage the cornucopia of rare and vintage gear at Soup Studios and extremely confident in Dave Holmes’ engineering skills. It was a special thing to run the guitar through that Leslie speaker.

In my view, incorporating "non-metal" equipment is what makes the records’ tone successful. The sonic impression—as with our song construction and performance—is probably more “metal-adjacent.”  With this in mind, I accepted that purists may object how we broadly identify with the genre. Whereas “R” is at least hard rock, it owes a debt to post-metal examples such as Kowloon Walled City and the rest of our material doesn’t quite resonate with contemporary rock. I’m more interested in the diversity and progressiveness of modern metal subgenres. Yet, this was one song where the band pulled me back from screaming and I think the end result is more considered and better for it.

The earliest lyric in our evolving approach to the "cut-up" technique, I archived the work for a time and only returned to it with a constructive mindset just hours before recording the vocals. This, more than any other lyric sheet, felt like it received a group-level commitment. In an interview for our podcast, Holmes reflected that his clients aren’t often “open-source” with their lyrics before a vocal session or particularly comfortable with a real-time, collective editorial experience. However, our creative manifesto allowed the conditions for this and led to greater nuance through meaningful feedback. Having said that, I did grapple with one change from “And this time it’s biological”—which I can still hear in my head—to “And this time the war will be biological.” It's slightly heavy-handed on paper but the group felt it intangibly more comfortable to hear “war” rather than “bi-ological” stretched across the metre. A minor anecdote but one of the many little democratic moments in which our agile songwriting style allowed us all to take more ownership of whole song and experience—not just that of our respective instruments.

I want to acknowledge this sub-theme with respect. Prior to Domes, an unashamed love of Fallout 4 perhaps predictably led to streaming 4K urbex and drone footage of modern-day Chernobyl and Pripyat. On viewing, it’s tempting to make the mental leap to sci-fi dystopia but for the human tragedy contained in the unremarkable objects of daily life abandoned in the decay. It was somewhat impossible to avoid the subject of Chernobyl in a mood board that explored some of the significant cultural events of the 20th century superpowers. So it was timely that with the lyric near completion, the HBO series, “Chernobyl,” and companion podcast were released before our recording session. They offering a theatrical deep-dive into the context and legacy of the disaster. In a way, that series served to validate some of the imagery that had surfaced in the development of the lyrics. Though I worry that suggesting prescriptive interpretations breaks the surrealist spirit of the song, it was satisfying to learn that “R” is the symbol for roentgen.

To be clear, “R” is not a political song in the sense that it tries to achieve anything beyond its own means of surrealistic expression. Nick Cave, writing that his songs deal not with politics but a kind of religious entreating of an uncertain godliness, comments:

This is not to suggest we should not have our convictions or, indeed, that we should not be angry with the state of the world, or that we should not fight in order to correct the injustices committed against it. Conviction and anger can be the most powerful expressions of universal love. However, my duty as a songwriter is not to try to save the world, but rather to save the soul of the world. This requires me to live my life on the other side of truth, beyond conviction and within uncertainty, where things make less sense, absurdity is a virtue and art rages and burns; where dogma is anathema, discourse is essential, doubt is an energy, magical thinking is not a crime and where possibility and potentiality rule.

While “R” has no such ascetic ambition, I make reference to the catastrophe here as some 30 years on, I’m struck by the parallels of the ecological and political perils of our planet. Perhaps, instead, the song does occupy a non-linear timeline that allows some universal reflection on aspiration, the humanity of failure, unrealised potential and hubris.

I admire Gramsci's recent series of music videos sourced from early 20th century cinema. It occurred to us, as scrappy independent artists, that we could leverage similar public domain and Creative Commons content to translate the surrealist lyric into a narrative visual palette. Fathoms deep in digitalised archival news, educational and documentary footage, the emergent VHS-distortion and glitch-aesthetic resonated with our single cover art. The Kahi Brothers are great proponents of the style.

After we created the brief and consolidated visual references into a loose thematic structure in the collaborative online whiteboard, Miro, Brendon undertook to learn Adobe Premiere Pro and edit the entire video. He incorporated fly-on-the-wall GoPro footage that I was personally thrilled to see again after more than a year since filming.

I really want to acknowledge Brendon’s tenacity: he easily poured over 40 hours into the production on top of working a full-time job. He kept experimenting with porting between to different mobile apps to create new and interesting treatments. To me, he achieved something a bit special that honours the song and the experience we shared.

This is more than I intended to write. However, as the final chapter in volume one of Domes' recordings, I found myself reconnecting deeply with the entire adventure through this song. 10 years after writing a concept album about Tokyo nightlife then touring Japan; seven years after being one of few New Zealand band’s to tour South Africa; and one year after recording on a 1939 lightship moored on the River Thames—this song is a nice milestone professionally and in our friendship. I’m feeling very grateful for it all. 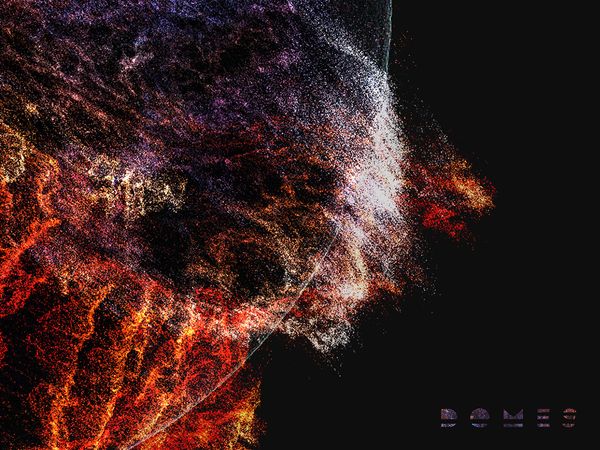 A new package with bonus content and our thanks.

One year on from our unique recording experience, the story of our next release.