Recently, we shared our thoughts on a music release strategy that could potentially support emerging artists to better promote their material in the attention economy. We're prepared to experiment with our content because we've tried the traditional practices and made all the usual mistakes of over-investing in tactics that demonstrate little actionable insight or return on investment. This time, we're up for doing something different.

The hypothesis of the piece was that if an album or EP release cycle has little chance of getting cut-through without significant (read: unaffordable) marketing investment, it makes economic sense to shift to single-track releases to build awareness and momentum:

Assuming you can continue to grow your resource of new recorded material while simultaneously releasing the previous cycle of songs so that the chain is continuous, would that make chances of discovery higher?

The feedback we received generally supported the rationale and often contradicted my assumptions about our current and potential audience. I've themed some of the commentary—public and private (with permission)—and share reflections on what these perspectives may mean for our planning.

It seems that I’ve overestimated the use of the playlist for some of our listeners who appear to have a preference for engaging with a collection (album, EP) digitally. That’s interesting because it suggests this audience segment seeks to delve—even casually—into an artist’s repertoire rather than a personally or algorithmically curated "mood," genre or artist listening experience. Personally, I’ve been actively engaged in discovery over album consumption as it’s been a reliable way to get new inspiration. I’m nevertheless excited to have tested my assumptions.

I like to listen to music as a whole, and find tracks released one by one far less satisfying than an album. The whole is greater than the sum of the parts. A well sequenced EP or album takes the listener on a journey that one song alone can not really replicate unless it is of epic length…

…my preference is for CD, but I would settle for a download; and regardless of format, I’d prefer an EP or album over a series of individually released tracks.

I find the album (or longer EP) format good because if a particular song doesn't hit for me, there's options to still get into the band/artist with other songs available.

I personally prefer playlists in the car, to save me having to skip tracks I don’t like... but when I’m working at home, I like to listen to entire albums…

It's interesting to think about "situational listening" and what artists may make available to cater to fans' context. A note on downloads: it was disappointing to learn that our single releases via Bandcamp download didn't allow for seamless playback on some applications due to the “ungrouped” album metadata. Philosophically, Bandcamp appears to be more orientated towards albums which is perhaps why that download experience is what it is for short-form releases. Then again, the multitude of offline media applications appear inflexible in managing non-album tracks. To not allow for a one-click artist binge seems like a product feature oversight but I recognise that we are doing something a little different in our approach—and are in control of whether we change this to suit our audience.

For these reasons, if we continue with the single releases of all/most tracks, it seems there’s merit in bundling it together as one package (digital or otherwise) at the end of that cycle. For anyone who bought the single tracks on Bandcamp, I imagine we'd make that digital album/EP download free.

Naturally, the question we’ve been reflecting on following the article feedback is: why would you not serve a fans’ unmet or even unarticulated needs? If they are participants on this journey with us, don't we want them to be catered for in any context?

The answer is: yes, of course. The constraint is financing (see below).

The desire, if not the relative demand, for physical product still exists

In 2019, physical media accounted for just 10% of the US marketplace, according to RIAA. That's a 0.6% ($1.15B) decrease on 2018 which reflects the continued growth but minor overall contribution of vinyl sales:

Revenues from physical products in 2019 were down slightly year-over-year at $1.15 billion (down 0.6%). A decline of 12% in revenues from CDs to $615 mil offset a 19% increase to $504 million from vinyl records. This represents the largest revenues from vinyl since 1988, and 14 years in a row of growth for vinyl albums, but the category only represents 4.5% of total revenues.

Notwithstanding, Variety speculates that it may be several years before vinyl overtakes CDs as the dominant platform in the category.

Whereas major labels are now generating over $1 million dollars hourly from streaming revenue. While that’s fascinating as a measure of influence of the distribution channel on the industry, Warner Music Group CEO, Steve Cooper (as quoted in MBW) suggests that artist/song discovery is still a fundamental problem:

We value our relationships with streaming services, and there’s no question that they provide strong distribution platforms which help music travel around the world faster than ever. But I often hear that streaming is responsible for the industry’s growth – and that’s an oversimplification.

The sheer volume of music being released on these platforms is actually making it harder for great artists and songwriters to get noticed. In the streaming era, consumers have 50 million tracks at their fingertips, growing at a rate of over 40,000 tracks per day.

Independent artists fighting for oxygen in that system may not see the correlation between platform engagement and profit—especially when the revenue generated per Spotify stream is $0.0044 (2018 estimate):

According to Midia Research,  “artists direct” (DIY artists without record labels) accounted for 4.1% of the global market in 2019—up from 1.7% in 2015. However, the distribution of that revenue among the community would be a fraction of a fraction.

In any case, we're not debating the equitability of streaming revenue here. This band is operating under a different funding model that is not dependent on external or traditional revenue streams.  We have a strategy that is about creating experiences (principally for ourselves). So, in a sense, I'm not sure if we're actively participating in the music economy—notwithstanding our use of its suppliers and platforms—and that's liberating. On balance, there's a seductive construct in musicians' minds of an achievable equilibrium where eventually you get back commercially what you put in creatively. If the equation then becomes about when or how, the answer to that is so abstract and unreliable that it actually feels like the wrong question altogether. I digress.

I realise that our article didn't get into the requisite financial detail of recording costs or physical media manufacturing and supply to fully inform the discussion around what is the "right" release strategy in all the circumstances for artists similar to ourselves. It’s currently cost prohibitive for us to bear the upfront investment in media production (manufacturers have minimum order requirements starting in the thousands of dollars worth), ongoing inventory expenses and logistics costs to a service a segment of a nascent following. That is, not when our priority is funding more recording. This may be frustrating for some (including us) but we believe that making more music has greater long-term value.

It makes sense to release piece by piece. I admit that I do love physical media though. I will enjoy each new offering from you in any form. Preference for vinyl but CD works.

I’ve noticed several bands and musicians are changing how they release music lately – with one even releasing 21 songs individually over the course of 2 years, without releasing an EP or album. I think it’s important to keep people interested, without overdoing it to the point where people get annoyed… I think most people would prefer to have all those songs in an album at some point in time – just as there will always be people who prefer to buy physical CDs too.

The surprising level of feedback about physical products led us to the discovery of on-demand services like Qrates. This platform disrupts the traditional vinyl supply chain model through a combination of crowdsourcing, manufacturing, warehousing and shipping services with potentially no/little overhead for the artist. The idea appears to be a game-changer that could accelerate our speed-to-market with physical product for those who want it.

Similarly, Threadless' Artist Shops service for on-demand music merch (not media) creates an opportunity for a band to leverage the platform's infrastructure without the seed capital, inherent financial risk or operational burden of managing the supply chain on your own. I mean, there's no other way we would be able to bring a Domes rug to market, let alone a high-quality t-shirt. Coffee mug, anyone?

Alternative models exist but there's a high barrier to entry

Briefly, there was a good dialogue about subscription-based services for creatives. Patreon, for example, is a curious thing. Some established artists, novelty acts and highly-engaged scenes appear to have success which warrants consideration. It does, however, require a production flywheel to scale by generating enough rewarding content or experiences for a critical mass of followers. That’s aligned with our thinking but doesn’t feel right for our stage of maturity. However, I take inspiration from the non-music, industrious examples of Rob Sheridan on Patreon and Craig Mod for quality membership programmes that provide meaningful levels of investment and benefit.

Firstly, we want to acknowledge all the great feedback and ideas that people openly shared with us. Thank you; it made a difference.

Secondly, with the context we’ve provided here, we want to invite further discussion about what we could reasonably do to meet our listeners' needs while growing and protecting our artistic enterprise. We would love your thoughts on the following:

Is there interest in a crowd-funded 10” of all songs with a timed exclusive of our sixth and final track?

Is there interest in Domes merch?

Tell us what you think about these ideas on social channels or via email. If this isn’t your thing but you think the discussion has merit for other independent artists, please share this post.

Thank you for any and all support. 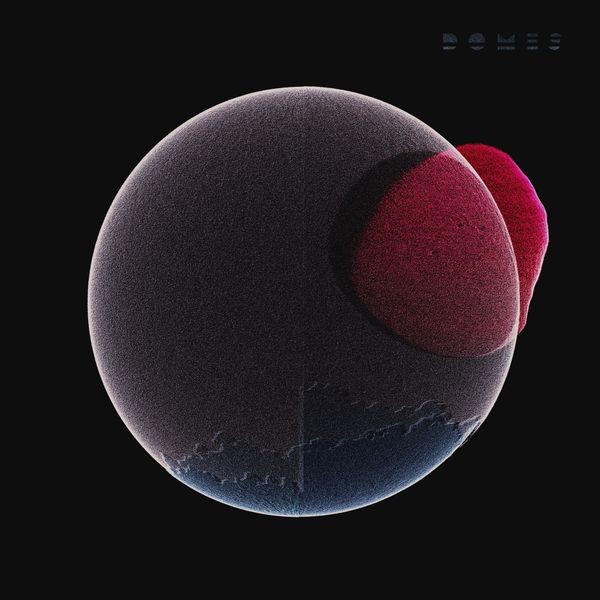 Conversations about the arts, work and productivity. 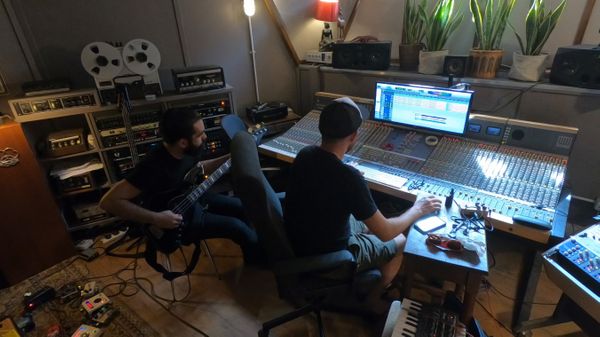 We're testing the hypothesis that a "big bang" release of all our recorded music would be a disservice in the attention economy.